Klexikon: A German Dataset for Joint Summarization and Simplification

Klexikon: A German Dataset for Joint Summarization and Simplification

Under submission at LREC 2022
A preprint version of the paper can be found on arXiv!
For easy access, we have also made the dataset available on Huggingface Datasets!

To use data in your experiments, we suggest the existing training/validation/test split, available in ./data/splits/. This split has been generated with a stratified sampling strategy (based on document lengths) and a 80/10/10 split, which ensure that the samples are somewhat evenly distributed.

Alternatively, please refer to our Huggingface Datasets version for easy access of the preprocessed data.

This repository contains the code to crawl the Klexikon data set presented in our paper, as well as all associated baselines and splits. You can work on the existing code base by simply cloning this repository.

Install all required dependencies with the following command:

The experiments were run on Python 3.8.4, but should run fine with any version >3.7. To run files, relative imports are required, which forces you to run them as modules, e.g.,

Furthermore, this requires the working directory to be the root folder as well, to ensure correct referencing of relative data paths. I.e., if you cloned this repository into /home/dennis/projects/klexikon, make sure to run scripts directly from this path.

Aside from all the manual matches, which can be produced by create_matching_url_list.py, there are some articles which simply link to an incorrect article in Wikipedia.
We approximate this by the number of paragraphs in the Wikipedia article, which is generally much longer than the Klexikon article, and therefore should have at least 15 paragraphs. Note that most of the pages are disambiguations, which unfortunately don't necessarily correspond neatly to a singular Wikipedia page. We remove the article if it is not possible to find a singular Wikipedia article that covers more than 66% of the paragraphs in the Klexikon article. Some examples for manual changes were:

Merging sentences that end in a semicolon (;)

This applies to any position in the document. The reason is rectifying some unwanted splits by spaCy.

Also checking for lines that have less than 10 characters in the first three sentences. This helps with fixing the lead-3 baseline, and most issues arise from some incorrect splits to begin with.

Sometimes, coordinate information is leading in the data, which seems to be embedded in some Wikipedia articles. We remove any coordinate with a simple regex.

Sentences that do not end in a period

Manual correction of sentences (in the lead 3) that do not end in periods. This has been automatically fixed by merging content similarly to the semicolon case. Specifically, we only merge if the subsequent line is not just an empty line.

Using your own data

Currently, the systems expect input data to be processed in a line-by-line fashion, where every line represents a sentence, and each file represents an input document. Note that we currently do not support multi-document summarization.

Articles where Wikipedia has less than 15 paragraphs. Otherwise, manually discarding when there are no matching articles in Wikipedia (see above). Examples of the latter case are for example "Kiwi" or "Washington"

Reasons for not using lists

As described in the paper, we discard any element that is not a

tag in the HTLM code. This helps getting rid of actual unwanted information (images, image captions, meta-descriptors, etc.), but also removes list items. After reviewing some examples, we have decided to discard list elements altogether. This means that some articles (especially disambiguation pages) are also easier to detect.

This means we had to discard around 250 articles from the original list at the time of crawling (April 2021). In the meantime, there have been new articles added to Klexikon, which leaves room for future improvements.

TK: I'll include a better reference to the particular scripts in the near future, as well as a script that actually executes everything relevant in order.

Contributions are very welcome. Please either open an issue or pull request if you have any suggestion on how this data can be improved. Open TODOs:

If you use our dataset, or code from this repository, please cite

PhD student in Information Retrieval & NLP at Heidelberg University. Python is awesome, and so is Huggingface

jotts JoTTS is a German text-to-speech engine using tacotron and griffin-lim. The synthesizer model has been trained on my voice using Tacotron1. Due

Module for automatic summarization of text documents and HTML pages.

PyTextRank PyTextRank is a Python implementation of TextRank as a spaCy pipeline extension, used to: extract the top-ranked phrases from text document

Module for automatic summarization of text documents and HTML pages.

PyTextRank PyTextRank is a Python implementation of TextRank as a spaCy pipeline extension, used to: extract the top-ranked phrases from text document

This repository contains the code, data, and models of the paper titled "XL-Sum: Large-Scale Multilingual Abstractive Summarization for 44 Languages" published in Findings of the Association for Computational Linguistics: ACL 2021.

XL-Sum This repository contains the code, data, and models of the paper titled "XL-Sum: Large-Scale Multilingual Abstractive Summarization for 44 Lang

Meeting Summarization Dataset Meeting plays an essential part in our daily life, which allows us to share information and collaborate with others. Wit

Understand Text Summarization and create your own summarizer in python

Automatic summarization is the process of shortening a text document with software, in order to create a summary with the major points of the original document. Technologies that can make a coherent summary take into account variables such as length, writing style and syntax.

This is the code of "Scene Text Retrieval via Joint Text Detection and Similarity Learning". For more details, please refer to our CVPR2021 paper. 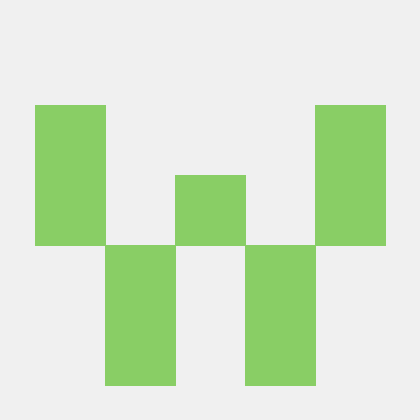 Summarization module based on KoBART