Screenshots of the program are saved in the Screenshot folder in this repo, for you to view.

Functionality and purpose of the program.

This program is a python desktop application developed initially as a test software, to create new identity instances, and use opencv and a camera to identify the saved identities.

How the program works:

When being launched, you will have simple easygui desktop application containing 2 buttons. A "Create New Identity" Button, and a "Start Face Recognition" button.

To first run the camera, you will need to at least create ONE identity, by pressing the "Create New Identity" button. Uppon pressing the button you will have a new screen with 2 fields, "New identity/Person Name:" and ID/Document number:.

The first field (New identity/Person Name:) will take a string value, which is the object of the person name or full name. The second field will take only integers. Minimum amount of integers is 7, and maximum is 8.

After completing correctly the 2 fields, and clicking OK, the camera will start, and in the console you will see a message, stating to press "s" key from the keyboard, to take a snapshot of the person to be identified. Once you press "s", and the the image stalls for a second, and the camera turns off, you will be presented with a window containing the taken snapshot of the new identity instance, with name, document, and complete date format, together with the data recorded

The data saved will be peristed in a pickle file called ref_name.pkl, together with a unique id, generated for the specific mame identity recorded. Erasing the ref_name.pkl, will result in removing all saved idenitities. The snapshots will remain in the path were the program was launched at that time.

How to run run and use the program:

Copy all the contents in the repo, to your /home/$USER folder, and run using python3.x face_recognition_gui.py

Face-Recognition-System Face Recognition using Haar-Cascade Classifier, OpenCV and Python. This project is based on face detection and face recognitio

MTLFace This repository contains the PyTorch implementation and the dataset of the paper: When Age-Invariant Face Recognition Meets Face Age Synthesis

FastOCR is a desktop application for OCR API.

A facial recognition program that plays a alarm (mp3 file) when a person i seen in the room. A basic theif using Python and OpenCV

Home-Security-Demo A facial recognition program that plays a alarm (mp3 file) when a person is seen in the room. A basic theif using Python and OpenCV

BoxToolBox is a simple python application built around the openCV library

BoxToolBox is a simple python application built around the openCV library. It is not a full featured application to guide you through the w

Educational application aimed at automating user-defined workflows for the mobile game, "Granblue Fantasy", using a variety of CV technologies in the backend such as OpenCV, PyAutoGUI and EasyOCR and a frontend coded in Typescript.

Support Me ?? About Polaris ?? Polaris is a system based on facial recognition with a futuristic GUI design, Can easily find people informations store

EQFace: An implementation of EQFace: A Simple Explicit Quality Network for Face Recognition 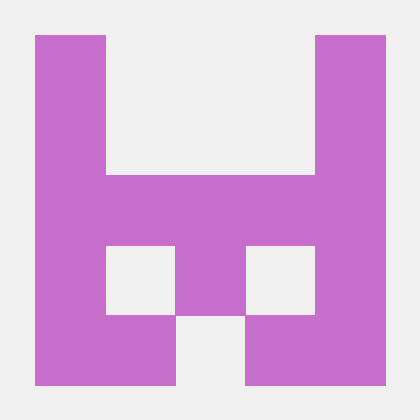 A facial recognition device is a device that takes an image or a video of a human face and compares it to another image faces in a database.

A facial recognition device is a device that takes an image or a video of a human face and compares it to another image faces in a database. The structure, shape and proportions of the faces are compared during the face recognition steps.

nofacedb/faceprocessor is a face recognition engine for NoFaceDB program complex.