In Tensor Programs V: Tuning Large Neural Networks via Zero-Shot Hyperparameter Transfer, we show that optimal hyperparameters become stable across neural network sizes when we parametrize the model in maximal update parametrization (μP). This can be used to tune extremely large neural networks such as large pretrained transformers, as we have done in our work. More generally, μP reduces the fragility and uncertainty when transitioning from exploration to scaling up, which are not often talked about explicitly in the deep learning literature.

Figure above: Training loss against learning rate on Transformers of varying d_model trained with Adam.

μP turns out to be the unique "natural" parametrization that has this hyperparameter stability property across width, as empirically verified in the gif below on MLPs trained with SGD. Here, across time, we interpolate between PyTorch default and μP's learning rate and initialization scalings (right), and we scale up the width-256 model (log2(width)=8) to width 2^13 = 8192 using this interpolated scaling rule (left).

This repo contains the source code for the mup package, our tool that makes the implementation of μP in Pytorch models effortless and less error-prone.

Clone this repo, change to its directory, and do

Note the base and delta models do not need to be trained --- we are only extracting parameter shape information from them. Therefore, optionally, we can avoid instantiating these potentially large models by passing device='meta' to their constructor. However, you need to make sure that the device flag is appropriately passed down to the constructor of all submodules. Of course, it'd be even better if PyTorch can do this automatically for any existing nn.Module. If you want to see this happen, please upvote this PyTorch issue.

How mup Works Under the Hood

By invoking set_base_shapes(model, ...), each parameter tensor p of model gets a p.infshape attribute that stores, for each of its dimensions, the corresponding base dimension and whether that dimension should be considered infinite (i.e. will be scaled up/down, e.g., d_model of a Transformer) or finite (i.e. will be fixed, e.g., vocabulary size). This information is used in the initializers and optimizers to automatically scale the parameters or learning rates to be compliant with μP. For example, the Adam learning rate of hidden weights p is calculated as globalLR / p.infshape.width_mult(), where p.infshape.width_mult() essentially calculates fan_in / base_fan_in.

(set_base_shapes by default rescales the parameters of model, assuming it's freshly initialized by PyTorch, to be consistent with μP. The rescale_params=False flag turns off this behavior.)

Just like gradient checking is a simple way of verifying the correctness of an autograd implementation, coordinate checking is a simple way to verify you have implemented μP correctly: calculate the average size (which we denote in the y-axis below by l1) of the coordinates of each activation vector in, and output of, the model, for a few steps of training and a few different widths. If implemented correctly, then we shall see this l1 stable over many widths; otherwise, the l1 can blow up or shrink to 0 with width. (We are essentially checking desideratum 1 described below.) (The l1 calculates x.abs().mean() for each activation vector x and is just one measure of the "average size" of x's entries; one can also use analogously defined l2, l4, etc, though they may exhibit greater fluctuation with random seeds.)

For example, in the following, we plot width vs l1 for 2 steps of training, where t=1 means at initialization, before any gradient update. Each curve corresponds to an (pre-)activation vector of a layer or the output of the network. The first set of 3 plots shows an MLP in standard parametrization (SP), trained by adam. We see after 1 step of update, activation/output l1 are exploding with width. This means SP is "incorrect."

We now do the same for an MLP in maximal update parametrization (μP) (including using mup.optim.MuAdam instead of torch.optim.Adam). In contrast to the above, all curves stay horizontal, indicating that μP is implemented correctly.

We call this way of checking implementation correctness a coord check, short for "coordinate check."

Making Your Own Coord Check Plots

We provide an easy way to implement this check via functions in the mup.coord_check module. The workflow typically looks like the following.

For example, the mup.coord_check.example_plot_coord_check function is implemented this way for toy MLP and CNN models.

If you see the curves blow up or shrink to 0 with width after a few steps of training, then there's a bug in your μP implementation (did you forget to vary some dimension, like d_ffn, in the delta model?). If instead you see the curves converge to the right, then most likely your implementation is correct. However, there are two typical exceptions to this; the following can shrink to 0 at initialization in μP (at a 1/sqrt(width) rate):

These are transient, and after a few steps their curves should be roughly flat. Nevertheless, to remove the discrepancy at init, we recommend

Another sign that μP has not been implemented correctly is if going wider does worse (on training loss) after some width, at some point during training. The figure above illustrates this in a collection of training curves: (left) the correct implementation should always see performance improve with width, at any point in training; (middle) if you used standard parametrization (SP), sometimes you may see performance improve with width up to some point and then suddenly it becomes worse with wider models; (right) or you may immediately see worsening performance even for narrow models.

See the MLP, Transformer, and ResNet folders inside examples/ as well as the tests in mup/test for examples. People familiar with Huggingface Transformers may also find the examples/mutransformers submodule instructive (obtained via git submodule update --init), which is also available standalone at https://github.com/microsoft/mutransformers.

To run tests, do

μP is designed so as to satisfy the following desiderata:

At any time during training

It turns out these desiderata uniquely single out μP. To derive μP from them, one needs to carefully consider how the coordinate size of a vector Av, resulting from a square matrix A multiplying vector v, depends on those of A and v, when A and v are "correlated". Here you can think of A as weights and v as an activation vector. This in turn depends on what kind of matrix is A and what kind of vector is v. In the context of training a wide neural network, it turns out we only need to consider vectors that has approximately iid coordinates, and two kinds of matrices: 1) those that look like outer products of such vectors, and 2) random iid matrices. Those of type 1 cover things like weight gradients; those of type 2 cover things like weight initialization. Then, if A and v both have entry size Θ(1) and they are correlated in ways that arise naturally during training, then we have the following table.

Given this table, one can then trace the forward and backward computation of a network to derive μP straightforwardly.

See our blog post for a gentle primer and our paper for details.

This project welcomes contributions and suggestions. Most contributions require you to agree to a Contributor License Agreement (CLA) declaring that you have the right to, and actually do, grant us the rights to use your contribution. For details, visit https://cla.opensource.microsoft.com.

When you submit a pull request, a CLA bot will automatically determine whether you need to provide a CLA and decorate the PR appropriately (e.g., status check, comment). Simply follow the instructions provided by the bot. You will only need to do this once across all repos using our CLA.

This project has adopted the Microsoft Open Source Code of Conduct. For more information see the Code of Conduct FAQ or contact [email protected] with any additional questions or comments.

Description This script helps the user to update Linux and Mac systems through the terminal. All the user has to install some requirements and then ru

Jurigged lets you update your code while it runs.

jurigged Jurigged lets you update your code while it runs. Using it is trivial: python -m jurigged your_script.py Change some function or method with

Update of uncaptcha2 from 2019

A simple tool to update bib entries with their official information (e.g., DBLP or the ACL anthology).

Rebiber: A tool for normalizing bibtex with official info. We often cite papers using their arXiv versions without noting that they are already PUBLIS

Package, distribute, and update any app for Linux and IoT.

Snapcraft Package, distribute, and update any app for Linux and IoT. Snaps are containerised software packages that are simple to create and install.

A script to automatically update bot status at GitHub as well as in Telegram channel.

Support BotStatus ~ A simple & short repository to show your bot's status in your GitHub README.md file as well as in you channel. ⚠️ This repo should

A script to automatically update bot status at GitHub as well as in Telegram channel.

A simple & short repository to show your bot's status in your GitHub README.md file as well as in you channel.

Code I use to automatically update my videos' metadata on YouTube

mCodingYouTube This repository contains the code I use to automatically update my videos' metadata on YouTube, including: titles, descriptions, tags,

A script for performing OTA update over BLE on ESP32

A script for performing OTA update over BLE on ESP32

streamdf Streamdf is a lightweight data frame library built on top of the dictionary of numpy array, developed for Kaggle's time-series code competiti

A python module to update the console without flashing.

A python module to update the console without flashing.

A Python script to update Spotify Playlist data every 5 minutes.

program to store and update pokemons using SQL and Flask

Pokemon SQL and Flask Pokemons api in python. Technologies flask pymysql Description PokeCorp is a company that tracks pokemon and their trainers arou

Backup a folder to an another folder by using mirror update method.

Mirror Update Backup Backup a folder to an another folder by using mirror update method. How to use Install requirement pip install -r requirements.tx 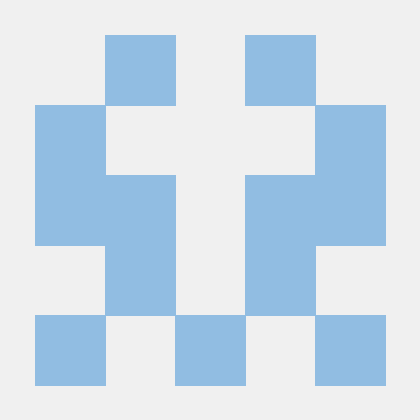 NAUKRI RESUME AUTO UPDATER I am using poetry for dependencies. you can check or change in data.txt file for username and password Resume file must be

Kerbswap Simple tool, to update linux kernel on ubuntu Information At the moment, this tool only supports "Ubuntu" distributions, but will be expanded