Fn.py library provides you with missing "batteries" to get maximum from functional approach even in mostly-imperative program.

More about functional approach from my Pycon UA 2012 talks: Functional Programming with Python.

Attention! If you work in interactive python shell, your should remember that _ means "latest output" and you'll get unpredictable results. In this case, you can do something like from fn import _ as X (and then write functions like X * 2).

If you are not sure, what your function is going to do, you can print it:

_ will fail with ArityError (TypeError subclass) on inaccurate number of passed arguments. This is one more restrictions to ensure that you did everything right:

If you think I'm totally crazy and it will work despairingly slow, just give it 5 minutes. Relax, take a deep breath and read about few techniques that make persistent data structures fast and efficient: structural sharing and path copying.

To see how it works in "pictures", you can check great slides from Zach Allaun's talk (StrangeLoop 2013): "Functional Vectors, Maps And Sets In Julia".

And, if you are brave enough, go and read:

Use appropriate doc strings to get more information about each data structure as well as sample code.

To get more clear vision of how persistent heaps work (SkewHeap and PairingHeap), you can look at slides from my talk "Union-based heaps" (with analyzed data structures definitions in Python and Haskell).

Note. Most functional languages use persistent data structures as basic building blocks, well-known examples are Clojure, Haskell and Scala. Clojure community puts much effort to popularize programming based on the idea of data immutability. There are few amazing talk given by Rich Hickey (creator of Clojure), you can check them to find answers on both questions "How?" and "Why?":

Lazy-evaluated stream is useful for infinite sequences, i.e. fibonacci sequence can be calculated as:

fn.recur.tco is a workaround for dealing with TCO without heavy stack utilization. Let's start from simple example of recursive factorial calculation:

This variant works, but it's really ugly. Why? It will utilize memory too heavy cause of recursive storing all previous values to calculate final result. If you will execute this function with big n (more than sys.getrecursionlimit()) CPython will fail with

Which is good, cause it prevents you from terrible mistakes in your code.

How can we optimize this solution? Answer is simple, lets transform function to use tail call:

Why this variant is better? Cause you don't need to remember previous values to calculate final result. More about tail call optimization on Wikipedia. But... Python interpreter will execute this function the same way as previous one, so you won't win anything.

@recur.tco is a decorator that execute your function in while loop and check output:

The last variant is really useful, when you need to switch callable inside evaluation loop. Good example for such situation is recursive detection if given number is odd or even:

fn.uniform provides you with "unification" of lazy functionality for few functions to work the same way in Python 2+/3+:

fn.iters is high-level recipes to work with iterators. Most of them taken from Python docs and adopted to work both with Python 2+/3+. Such recipes as drop, takelast, droplast, splitat, splitby I have already submitted as docs patch which is review status just now.

More information about use cases you can find in docstrings for each function in source code and in test cases.

It also give you move readable in many cases "pipe" notation to deal with functions composition:

You can find more examples for compositions usage in fn._ implementation source code.

fn.op.apply executes given function with given positional arguments in list (or any other iterable). fn.op.flip returns you function that will reverse arguments order before apply.

fn.op.foldl and fn.op.foldr are folding operators. Each accepts function with arity 2 and returns function that can be used to reduce iterable to scalar: from left-to-right and from right-to-left in case of foldl and foldr respectively.

Use case specific for right-side folding is:

fn.func.curried is a decorator for building curried functions, for example:

fn.monad.Option represents optional values, each instance of Option can be either instance of Full or Empty. It provides you with simple way to write long computation sequences and get rid of many if/else blocks. See usage examples below.

Assume that you have Request class that gives you parameter value by its name. To get uppercase notation for non-empty striped value:

fn.monad.Option.or_call is good method for trying several variant to end computation. I.e. use have Request class with optional attributes type, mimetype, url. You need to evaluate "request type" using at least one attribute:

Or, if you absolutely must:

You can also build library from source

Ideas to think about:

How to find me

A functional standard library for Python.

Toolz A set of utility functions for iterators, functions, and dictionaries. See the PyToolz documentation at https://toolz.readthedocs.io LICENSE New

A fancy and practical functional tools

Funcy A collection of fancy functional tools focused on practicality. Inspired by clojure, underscore and my own abstractions. Keep reading to get an

missing-pixel-filler is a python package that, given images that may contain missing data regions (like satellite imagery with swath gaps), returns these images with the regions filled.

This is a library to do functional programming in Python.

Fpylib This is a library to do functional programming in Python. Index Fpylib Index Features Intelligents Ranges with irange Lazyness to functions Com

PyFunctional Features PyFunctional makes creating data pipelines easy by using chained functional operators. Here are a few examples of what it can do

Python-based-AI-Assistant I have used python functional programming to make this Ai assistant. Inspiration of project : we have seen in our daily life

Coconut Coconut (coconut-lang.org) is a variant of Python that adds on top of Python syntax new features for simple, elegant, Pythonic functional prog

Funsor Funsor is a tensor-like library for functions and distributions. See Functional tensors for probabilistic programming for a system description.

Your own movie streaming service. Easy to install, easy to use. Download, manage and watch your favorite movies conveniently from your browser or phone. Install it on your server, access it anywhere and enjoy.

Vigilio Your own movie streaming service. Easy to install, easy to use. Download, manage and watch your favorite movies conveniently from your browser

Add Me To Your Group Enjoy With Me. Pyrogram bot. https://t.me/TamilSupport

✨A collaborative music playing systems?? where multiple guests can join a room ➡?? and enjoy the song?? being played.

These data visualizations were created as homework for my CS40 class. I hope you enjoy!

Data Visualizations These data visualizations were created as homework for my CS40 class. I hope you enjoy! Nobel Laureates by their Country of Birth 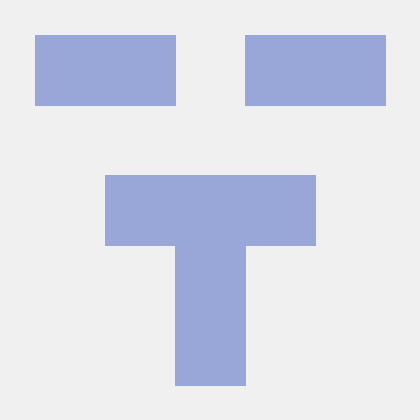 An 8D music player made to enjoy Halloween this year!🤘

HAPPY HALLOWEEN buddy! Split Player Hello There! Welcome to SplitPlayer... Supposed To Be A 8DPlayer.... You Decide.... It can play the ordinary audio

Discord Storage V.3.5 (Beta) Made by BoKa Enjoy Discords free and unlimited storage... Prepare: Clone this from Github, make sure there either a folde 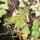 A static website generator for people who enjoy the simpler things in life.

A static website generator for people who enjoy the simpler things in life.

You want to uto-update your private minecraft client? Give this to developer and enjoy!

minecraft-hack-installer You want to uto-update your private minecraft client? Give this to developer and enjoy! Steps to do: Install libraries: pip i

Quiz Game: answering questions naturally with a friendly UI to enjoy the game

About Quiz Game : The Game is about answering questions naturally with a friendl

This is a template tag project for django to calculate in templates , enjoy it

Calculator-Template-Django this is a template tag project for django to calculate in templates , enjoy it Get Started : 1 - Download Source Code 2 - M 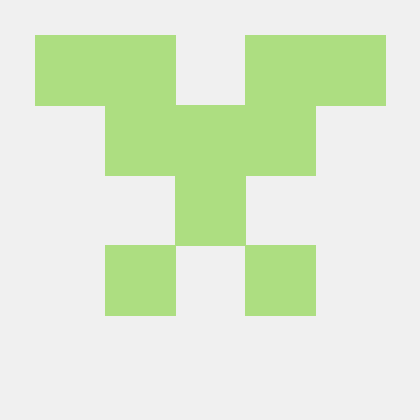