At ~600 lines of code in a single file, sane is extremely portable, being made to be distributed alongside your code base. Being pure Python makes it cross-platform and with an extremely low adoption barrier. sane does not parse Python, or do otherwise "meta" operations, improving its future-proofness. sane aims to do only as much as reasonably documentable in a single README, and aims to have the minimum amount of gotchas, while preserving maximum flexibility.

Its simple syntax and operation make it easy to understand and modify your recipe files. Everything is just Python, meaning neither you nor your users have to learn yet another domain specific language.

You are free to keep state as you see fit, and all correct Python is valid. sane can function as a build system or as a command runner.

Below is a sane recipes file to compile a C executable (Makefile style).

The Flow of Recipes

Recipe: A python function, with dependencies (on either/both other recipes and hooks), hooks, and conditions.

Hook: A non-unique indentifier for a recipe. When a recipe depends on a hook, it depends on every recipe tagged with that hook.

The dependency tree of a given recipe is built and ran with sane_run(recipe). This is done according to a simple recursive algorithm:

Recipes are defined by decorating an argument-less function with @recipe:

name: The name ('str') of the recipe. If unspecified or None, it is inferred from the __name__ attribute of the recipe function. However, recipe names must be unique, so dynamically created recipes (from, e.g., within a loop) typically require this argument.

hooks: list of strings defining hooks for this recipe.

recipe_deps: list of string names that this recipe depends on. If an element of the list is not a string, a name is inferred from the __name__ attribute, but this may cause an error if it does not match the given name.

hook_deps: list of string hooks that this recipe depends on. This means that the recipe implicitly depends on any recipe tagged with one of these hooks.

conditions: list of callables with signature () -> bool. If any of these is True, the recipe is considered active (see The Flow of Recipes for more information).

info: a description string to display when recipes are listed with --list.

This function should be called at the end of a recipes file, which will trigger command-line arguments parsing, and run either the command-line provided recipe, or, if none is specified, the defined default recipe. (If neither are defined, an error is reported, and the program exits.)

(There are exceptions to this: --help, --list and similars will simply output the request information and exit.)

By default, sane_run runs in "CLI mode" (cli=True). However, sane_run can also be called in "programmatic mode" (cli=False). In this mode, command-line arguments will be ignored, and the default recipe will be ran (observing dependencies, like in CLI mode). This is useful if you wish to programmatically call upon a recipe (and its subtree).

To see the available options and syntax when calling a recipes file (e.g., make.py), call

It is recommended to just include sane.py in the same directory as your project. You can do this easily with curl

However, because it's convenient, sane is also available to install from PyPi with

sane provides a few helper functions that are not included by default. These are contained in a Help class and can be imported with

The sane logging functions are exposed in Help as log, warn, error. These take a single string as a message, and the error function terminates the program with exit(1).

I suggest defining the following alias

This tool is licensed under an MIT license. See LICENSE for details. The LICENSE is included at the top of sane.py, so you may redistribute this file alone freely.

If you liked sane, consider buying me a coffee.

Hi, nice to meet you. I study physics, program (games) and make music. You can find my portfolio below!

Blessings Coding with Blessings looks like this... from blessings import Terminal t = Terminal() print(t.bold('Hi there!')) print(t.bold_red_on_brig

$ click_ Click is a Python package for creating beautiful command line interfaces in a composable way with as little code as necessary. It's the "Comm

A simple terminal Christmas tree made with Python

Roid ?? A fast, stateless http slash commands framework for scale. Built by the Crunchy bot team. ?? Installation You can install roid in it's default

plotting in the terminal

Introduction This library is mainly for CLI programs that carefully produce output for Terminals, or make pretend to be an emulator. Problem Statement 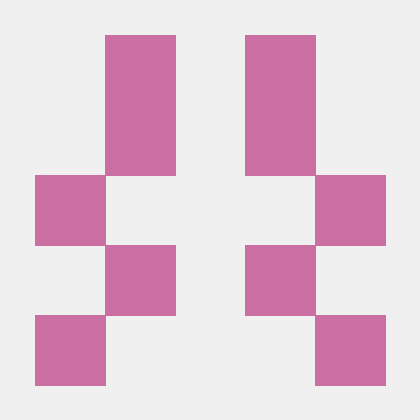 Command line animations based on the state of the system