Python solver for a rubik's cube

This program makes a 3D representation of a rubiks cube and solves it step by step. 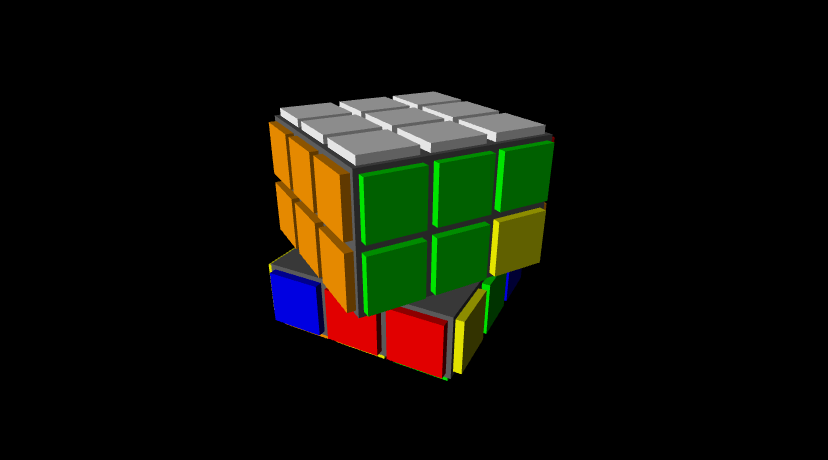 To use this program you need to execute the following commands

To use this program you need to install python 3.8.10 or later (although it will probably work on python 3.7) You will also need a recent version of numpy and vpython 7 or later, those can be installed with:

This file contains general configuration parameters mostly related to the visual representation of the cube:

The main functions implemented in this class are:

This file implements the Cube3D class, which directly inherits from the Cube class. This class overrides the __init__ and move functions to first create all the cubes necessary to represent the rubiks cube in 3D and then animate them each time any face is moved.

This file implements the CubeSolver class, which acts as an abstract class for all the other solving algorithms. It only takes care of taking some measures for statistics.

This is the first solving algorithm implemented, it's the usual beginer algorithm for anyone learning how to solve the rubiks cube. It's implemented on a really naive way, and it's far from optimal in terms of the number of steps of the solution. It was just a proof of concept and my goal is to implement a better, more efficient version of this class in the future.

In my personal computer this algorithm takes 1.78 ms on average to compute a solution, and the solutions have 205.6 steps on average. Again these results are far from good, but this was just a proof of concept.

The process of the algorithm is separated in different steps, which are:

Keep in mind the data computed will probably change in the future.

In this file we store different lists and dictionaries used in the project such as a solved cube structure, a list of the directions, a function for generating random moves, ...

In the future I'm planing to make more solving algorithms as well as an implementation for a physical robot that solves a given cube.

Use this code as you wish, just let me know if you do, I'll love to hear what you are up to!

If you have any doubts/comments/suggestions/anything please let my know via email at [email protected] or at the email in my profile.

I'm a student of the double degree on Computer Engineering and Mathematics at UAM university. Here I upload some of my personal proyects just for fun.

Face Recognition You can also read a translated version of this file in Chinese 简体中文版 or in Korean 한국어 or in Japanese 日本語. Recognize and manipulate fa

A Python wrapper for Google Tesseract

Python Tesseract Python-tesseract is an optical character recognition (OCR) tool for python. That is, it will recognize and "read" the text embedded i

Augmentor is an image augmentation library in Python for machine learning. It aims to be a standalone library that is platform and framework independe

In this project we will be using the live feed coming from the webcam to create a virtual mouse with complete functionalities.

Virtual Mouse Using OpenCV In this project we will be using the live feed coming from the webcam to create a virtual mouse using hand tracking. Projec

A Python wrapper for the tesseract-ocr API 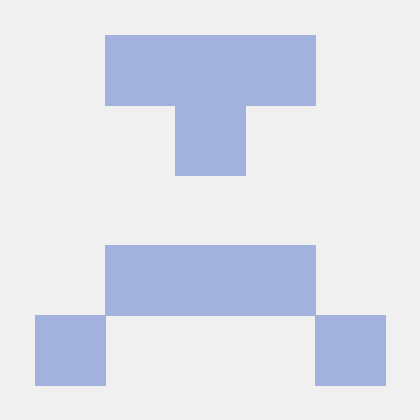 imgaug This python library helps you with augmenting images for your machine learning projects. It converts a set of input images into a new, much lar 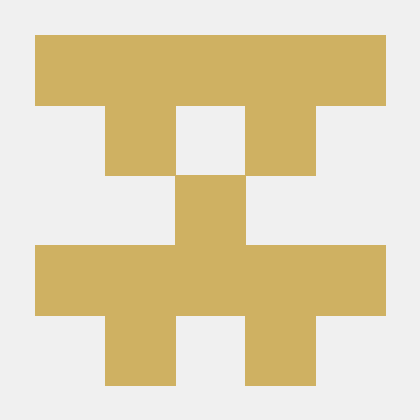 A small C++ implementation of LSTM networks, focused on OCR.

clstm CLSTM is an implementation of the LSTM recurrent neural network model in C++, using the Eigen library for numerical computations. Status and sco 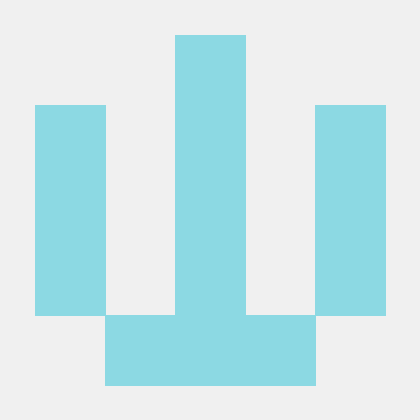