Python package to generate image embeddings with CLIP without PyTorch/TensorFlow

A Python package to generate embedding vectors from images, using OpenAI's robust CLIP model via Hugging Face transformers. These image embeddings, derived from an image model that has seen the entire internet up to mid-2020, can be used for many things: unsupervised clustering (e.g. via umap), embeddings search (e.g. via faiss), and using downstream for other framework-agnostic ML/AI tasks such as building a classifier or calculating image similarity. You can read how to use imgbeddings for real-world use cases in these Jupyter Notebooks:

aitextgen can be installed from PyPI:

Let's say you want to generate an image embedding for a cute cat photo. First you can download the photo:

Then, you can load imgbeddings. By default, imgbeddings will load a 88MB model based on the patch32 variant of CLIP, which separates each image into 49 32x32 patches.

You can also load the patch16 model by passing patch_size = 16 to imgbeddings() (more granular embeddings but takes about 3x longer to run), or the "large" patch14 model with patch_size = 14 (3.5x model size, 3x longer than patch16).

Then to generate embeddings, all you have to is pass the image to to_embeddings()!

This returns a 768D numpy vector for each input, which can be used for pretty much anything in the ML/AI world. You can also pass a list of filename and/or PIL Images for batch embeddings generation.

See the Demo Notebooks above for more advanced parameters and real-world use cases. More formal documentation will be added soon.

The official paper for CLIP explicitly notes that there are inherent biases in the finished model, and that CLIP shouldn't be used in production applications as a result. My perspective is that having better tools free-and-open-source to detect such issues and make it more transparent is an overall good for the future of AI, especially since there are less-public ways to create image embeddings that aren't as accessible. At the least, this package doesn't do anything that wasn't already available when CLIP was open-sourced in January 2021.

If you do use imgbeddings for your own project, I recommend doing a strong QA pass along a diverse set of inputs for your application, which is something you should always be doing whenever you work with machine learning, biased models or not.

imgbeddings is not responsible for malicious misuse of image embeddings.

Max's open-source projects are supported by his Patreon and GitHub Sponsors. If you found this project helpful, any monetary contributions to the Patreon are appreciated and will be put to good creative use.

CLIP-GEN: Language-Free Training of a Text-to-Image Generator with CLIP

PINTO_model_zoo Please read the contents of the LICENSE file located directly under each folder before using the model. My model conversion scripts ar

Python Tensorflow 2 scripts for detecting objects of any class in an image without knowing their label.

Tensorflow-Mobile-Generic-Object-Localizer Python Tensorflow 2 scripts for detecting objects of any class in an image without knowing their label. Ori

OpenL3 OpenL3 is an open-source Python library for computing deep audio and image embeddings. Please refer to the documentation for detailed instructi

Keras-Image-Embeddings-using-Contrastive-Loss Image to Embedding projection in vector space. Implementation in keras and tensorflow for custom data. B

Image to Embedding projection in vector space. Implementation in keras and tensorflow of batch all triplet loss for one-shot/few-shot learning.

Aphantasia This is a text-to-image tool, part of the artwork of the same name. Based on CLIP model, with FFT parameterizer from Lucent library as a ge

A simple command line tool for text to image generation, using OpenAI's CLIP and a BigGAN.

Ryan Murdock has done it again, combining OpenAI's CLIP and the generator from a BigGAN! This repository wraps up his work so it is easily accessible to anyone who owns a GPU.

AudioCLIP Extending CLIP to Image, Text and Audio This repository contains implementation of the models described in the paper arXiv:2106.13043. This

CLIP-ViL In our paper "How Much Can CLIP Benefit Vision-and-Language Tasks?", we show the improvement of CLIP features over the traditional resnet fea 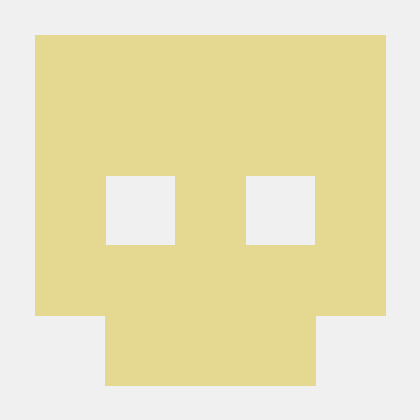 Segmentation in Style: Unsupervised Semantic Image Segmentation with Stylegan and CLIP Abstract: We introduce a method that allows to automatically se

A Jupyter notebook to play with NVIDIA's StyleGAN3 and OpenAI's CLIP for a text-based guided image generation.

A Jupyter notebook to play with NVIDIA's StyleGAN3 and OpenAI's CLIP for a text-based guided image generation.

CLIP-Indonesian CLIP (Radford et al., 2021) is a multimodal model that can connect images and text by training a vision encoder and a text encoder joi