Trio – a friendly Python library for async concurrency and I/O

Trio – a friendly Python library for async concurrency and I/O

The Trio project aims to produce a production-quality, permissively licensed, async/await-native I/O library for Python. Like all async libraries, its main purpose is to help you write programs that do multiple things at the same time with parallelized I/O. A web spider that wants to fetch lots of pages in parallel, a web server that needs to juggle lots of downloads and websocket connections simultaneously, a process supervisor monitoring multiple subprocesses... that sort of thing. Compared to other libraries, Trio attempts to distinguish itself with an obsessive focus on usability and correctness. Concurrency is complicated; we try to make it easy to get things right.

Trio was built from the ground up to take advantage of the latest Python features, and draws inspiration from many sources, in particular Dave Beazley's Curio. The resulting design is radically simpler than older competitors like asyncio and Twisted, yet just as capable. Trio is the Python I/O library I always wanted; I find it makes building I/O-oriented programs easier, less error-prone, and just plain more fun. Perhaps you'll find the same.

This project is young and still somewhat experimental: the overall design is solid, and the existing features are fully tested and documented, but you may encounter missing functionality or rough edges. We do encourage you to use it, but you should read and subscribe to issue #1 to get a warning and a chance to give feedback about any compatibility-breaking changes.

I want to try it out! Awesome! We have a friendly tutorial to get you started; no prior experience with async coding is required.

Ugh, I don't want to read all that – show me some code! If you're impatient, then here's a simple concurrency example, an echo client, and an echo server.

How does Trio make programs easier to read and reason about than competing approaches? Trio is based on a new way of thinking that we call "structured concurrency". The best theoretical introduction is the article Notes on structured concurrency, or: Go statement considered harmful. Or, check out this talk at PyCon 2018 to see a demonstration of implementing the "Happy Eyeballs" algorithm in an older library versus Trio.

Cool, but will it work on my system? Probably! As long as you have some kind of Python 3.6-or-better (CPython or the latest PyPy3 are both fine), and are using Linux, macOS, Windows, or FreeBSD, then Trio will work. Other environments might work too, but those are the ones we test on. And all of our dependencies are pure Python, except for CFFI on Windows, which has wheels available, so installation should be easy (no C compiler needed).

I tried it, but it's not working. Sorry to hear that! You can try asking for help in our chat room or forum, filing a bug, or posting a question on StackOverflow, and we'll do our best to help you out.

Trio is awesome, and I want to help make it more awesome! You're the best! There's tons of work to do – filling in missing functionality, building up an ecosystem of Trio-using libraries, usability testing (e.g., maybe try teaching yourself or a friend to use Trio and make a list of every error message you hit and place where you got confused?), improving the docs, ... check out our guide for contributors!

I don't have any immediate plans to use it, but I love geeking out about I/O library design! That's a little weird? But let's be honest, you'll fit in great around here. We have a whole sub-forum for discussing structured concurrency (developers of other systems welcome!). Or check out our discussion of design choices, reading list, and issues tagged design-discussion.

I want to make sure my company's lawyers won't get angry at me! No worries, Trio is permissively licensed under your choice of MIT or Apache 2. See LICENSE for details.

Contributors are requested to follow our code of conduct in all project spaces. 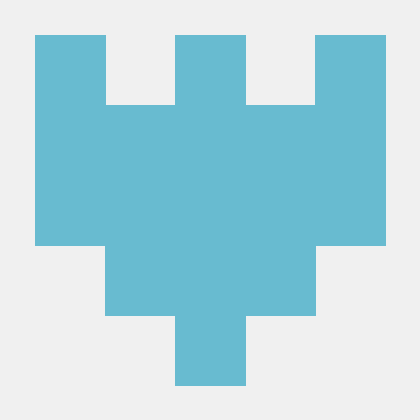 future-map is a Python library to use together with the official concurrent.futures module.

gevent Read the documentation online at http://www.gevent.org. Post issues on the bug tracker, discuss and ask open ended questions on the mailing lis

TriOTP, the OTP framework for Python Trio See documentation for more informations. Introduction This project is a simplified implementation of the Erl 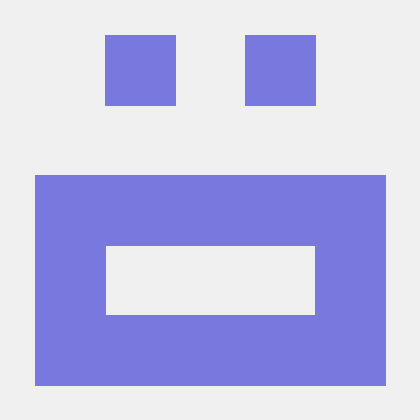 Multi-connection-server-API API for concurrency connections difference between this server and the echo server is the call to lsock.setblocking(False)

unittest-mocker Inspired by the pytest-mock, but written from scratch for using with unittest and convenient tool - patch_class Installation pip insta

Revolt.py - An async library to interact with the https://revolt.chat api.

Revolt.py An async library to interact with the https://revolt.chat api. This library will be focused on making bots and i will not implement anything

The async ready version of the AniManga library created by centipede000.

Motor - the async Python driver for MongoDB and Tornado or asyncio

aiomixcloud Mixcloud API wrapper for Python and Async IO aiomixcloud is a wrapper library for the HTTP API of Mixcloud. It supports asynchronous opera

Motor - the async Python driver for MongoDB and Tornado or asyncio

The ormar package is an async mini ORM for Python, with support for Postgres, MySQL, and SQLite.

Lemon is an async and lightweight API framework for python

Lemon is an async and lightweight API framework for python . Inspired by Koa and Sanic .

Dazzler is a Python async UI/Web framework built with aiohttp and react.

Dazzler is a Python async UI/Web framework built with aiohttp and react. Create dazzling fast pages with a layout of Python components and bindings to update from the backend.

A modern, easy to use, feature-rich, and async ready API wrapper for Discord written in Python.