A Poetry plugin for dynamically extracting the package version.

A Poetry plugin for dynamically extracting the package version.

It can read the version from a file __init__.py with:

Alternatively, it can read it from a git tag, set with a GitHub release or with:

Consider this in the alpha stage. Read the warning below.

This is useful mainly if you are building a package library for others to use and you want to set the version in a place different than pyproject.toml, but you still want to keep a single source of truth.

It won't be helpful in other use cases like managing local app environments with Poetry.

Make sure you have Poetry version 1.2.0a1 or above. Read below for instructions to install it if you haven't.

Install this plugin to your Poetry:

Set your package version in your file __init__.py, for example:

And then edit your pyproject.toml with a section containing:

Next, build your project. It will show an output like:

Set the version in a Git tag

Alternatively, to extract the version to use from a Git tag, add a section:

Then create a git tag, for example:

In this case, when building your project, it will show an output like:

Currently (2021-05-24) Poetry requires a version configuration in the pyproject.toml, even if you use this plugin.

When using this plugin, that version config won't be used, but Poetry still requires it to be present in the pyproject.toml.

To make it more evident that you are not using that version you can set it to 0.

That way, you will more easily notice if the plugin is not installed, as it will show that you are building a package with version 0 instead of the dynamic version set.

By default, Poetry expects you to set your package version in pyproject.toml. And that would work in most cases.

But imagine you want to expose the version of your package in a __version__ variable so that your users can do things like:

You could manually write the __version__ variable and handle the synchronization between it and the pyproject.toml yourself, which is very error-prone.

The current official way of doing it without duplicating the value is with importlib.metadata.

But that module is only available in Python 3.8 and above. So, for Python 3.7 and 3.6 you have to install a backport as a dependency of your package:

But then, when they release each new version of the backport (currently 4.0.1), you have to update it (or not). And your users would have to manually handle conflicts with any other packages that also depend on importlib-metadata which could be multiple, as many packages could be doing the same trick (I've dealt with that).

The other option is not to pin any version range of your importlib-metadata in your pyproject.toml and hope for the best.

And then your __init__.py would have to include code using it, like:

But that code is extra complexity and logic needed in your code, in each of your packages.

Additionally, this only works when your package is installed in a Python environment. It won't work if, for example, you simply put your code in a container, which is common for web apps and distributed systems.

How this plugin solves it

With this plugin, your package doesn't depend on importlib-metadata, so your users won't need to handle conflicts or extra dependencies.

Instead, your build system (Poetry) is what needs to have this plugin installed.

That avoids the extra code complexity on your side, dependency conflicts for your users, and support for other use cases like code copied directly inside a container.

Alternatively, this plugin can also extract the version from a Git tag.

So, you could only create each version in a Git tag (for example, a GitHub release) instead of writing it in code.

And then build the package on Continuous Integration (e.g. GitHub Actions). And this plugin would get the version of the package from that Git tag.

For this plugin to work, you need Poetry version 1.2.0a1 or above.

Poetry 1.2.0a1 was released recently.

There's a high chance you already have installed Poetry 1.1.x.

The first step is to uninstall it:

And then install the new Poetry with the new installer:

Notice that the new installer file is named install-poetry.py instead of get-poetry.py. Also, notice that, currently, you need to set --preview for it to install the alpha version 1.2.0a1.

You can check that it worked with:

Support for version in init file

When using a __version__ variable in your __init__.py you can have more logic in that file, import modules, and do more things above and below the declaration of that variable.

But the value has to be a literal string, like:

...instead of calling a function or something similar.

And the variable has to be at the top-level, so it can't be inside an if statement or similar.

This is all fine and supported in your __init__.py:

This example is all valid and supported, and it includes:

But this is not supported:

And this is not supported:

How the plugin works

Poetry runs the plugin when building a package, and it sets the version right before creating the "package distributable" (e.g., the wheel).

How the version variable works

If you have a package (a single package) declared in the packages config in your pyproject.toml, the plugin will use that package's __init__.py to find the __version__ variable.

If you don't have any packages config, the plugin will assume that you have a single package named as your project, but in the module version (changing - for _). So, if your package is my-awesome-project, the plugin will use the file at my_awesome_project/__init__.py to find the __version__ variable.

This file structure is the default if you create a new project with the command poetry new, so it should work as expected.

The way the plugin works internally is by parsing the __init__.py file. Reading the Python's "Abstract Syntax Tree" using the ast standard module and extracting the literal value of the string. So, it doesn't execute the code in __init__.py, it only reads it as Python code.

The plugin doesn't try to import and execute that __init__.py file because that could require extra computation, external dependencies, etc. And it doesn't try to extract the __version__ with regular expressions, as that would be prone to errors if, for example, there was some other __version__ somewhere in the code, in a comment or inside a string.

Things might break in Poetry or in this plugin. So, please try it and test it very carefully before fully adopting it for delicate systems.

Also, if you don't find the following sections intuitive:

let me know what alternative configuration would make more sense and be more intuitive to you.

The good news is, assuming you are building packages to then upload them to PyPI for your users to download and use them, the worst that could happen if something broke is that you wouldn't be able to build a new version until something is fixed or changed. But your users shouldn't be affected in any way.

THE PROJECT IS ARCHIVED Forks: https://github.com/orsinium/forks DepHell -- project management for Python. Why it is better than all other tools: Form

A PDM plugin that packs your packages into a zipapp

pdm-packer A PDM plugin that packs your packages into a zipapp Requirements pdm-packer requires Python >=3.7 Installation If you have installed PDM wi

Warehouse Warehouse is the software that powers PyPI. See our development roadmap, documentation, and architectural overview. Getting Started You can

Dandified YUM Dandified YUM (DNF) is the next upcoming major version of YUM. It does package management using RPM, libsolv and hawkey libraries. For m

Spack Spack is a multi-platform package manager that builds and installs multiple versions and configurations of software. It works on Linux, macOS, a

⛔ This project is deprecated. Please use DNF, the successor of YUM. YUM Yum is an automatic updater and installer for rpm-based systems. Included prog

Easy to use, fast, git sourced based, C/C++ package manager.

Yet Another C/C++ Package Manager Easy to use, fast, git sourced based, C/C++ package manager. Features No need to install a program, just include the

The delightful package manager for AppImages

PokerFace is a Python package for various poker tools.

PokerFace is a Python package for various poker tools. The following features are present in PokerFace... Types for cards and their componen

Poetry plugin to export the dependencies to various formats

Poetry export plugin This package is a plugin that allows the export of locked packages to various formats. Note: For now, only the requirements.txt f

Poetry bundle plugin This package is a plugin that allows the bundling of Poetry projects into various formats. Installation The easiest way to instal

A plugin for poetry that allows you to execute scripts defined in your pyproject.toml, just like you can in npm or pipenv

poetry-exec-plugin A plugin for poetry that allows you to execute scripts defined in your pyproject.toml, just like you can in npm or pipenv Installat 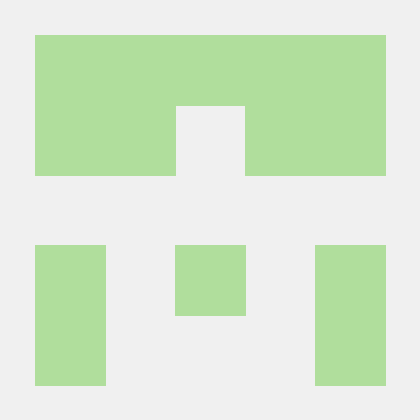 Archived This is bundled with Chuy since v1.3.0. Poetry Chuy Plugin This plugin integrates Chuy with Poetry. Note: This only works in Poetry 1.2.0 or

BuddyPress is an open source WordPress plugin to build a community site. In releases of BuddyPress from 5.0.0 before 7.2.1 it's possible for a non-privileged, regular user to obtain administrator rights by exploiting an issue in the REST API members endpoint. The vulnerability has been fixed in BuddyPress 7.2.1. Existing installations of the plugin should be updated to this version to mitigate the issue. 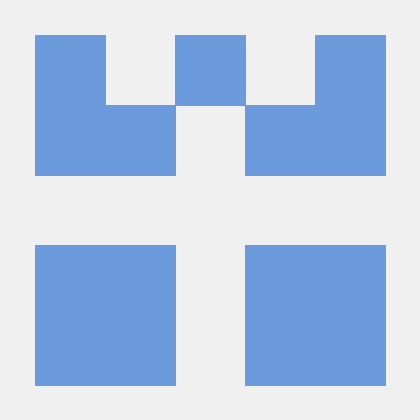 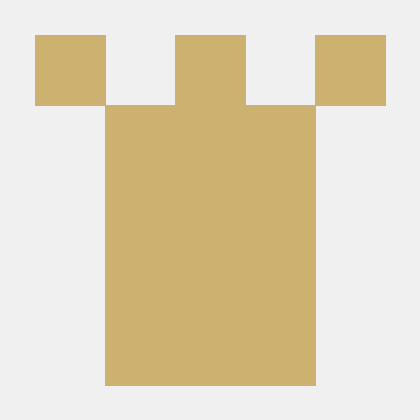 Swagger UI is a collection of HTML, JavaScript, and CSS assets that dynamically generate beautiful documentation from a Swagger-compliant API.

GoAhead RCE Exploit Exploit for CVE-2017-17562 vulnerability, that allows RCE on GoAhead (< v3.6.5) if the CGI is enabled and a CGI program is dynamic

cookiecutter-fastapi In order to create a template to FastAPI projects. ?? Important To use this project you don't need fork it. Just run cookiecutter