Zulip is a powerful, open source group chat application that combines the immediacy of real-time chat with the productivity benefits of threaded conversations. Zulip is used by open source projects, Fortune 500 companies, large standards bodies, and others who need a real-time chat system that allows users to easily process hundreds or thousands of messages a day. With over 700 contributors merging over 500 commits a month, Zulip is also the largest and fastest growing open source group chat project.

Click on the appropriate link below. If nothing seems to apply, join us on the Zulip community server and tell us what's up!

You may also be interested in reading our blog or following us on Twitter. Zulip is distributed under the Apache 2.0 license.

Introduction Virtaal is a graphical program for doing translation. It is meant to be easy to use and powerful at the same time. Although the initial f

GlobaLeaks is free, open source software enabling anyone to easily set up and maintain a secure whistleblowing platform.

GlobaLeaks is free, open souce software enabling anyone to easily set up and maintain a secure whistleblowing platform. Continous Integration and Test

Mailu is a simple yet full-featured mail server as a set of Docker images. It is free software (both as in free beer and as in free speech), open to s

Collaborate This is a web application for managing and building stories based on tips solicited from the public. This project is meant to be easy to s

Askbot is a Django/Python Q&A forum. **Contributors README**: https://github.com/ASKBOT/askbot-devel#how-to-contribute. Commercial hosting of Askbot and support are available at https://askbot.com

A wiki system with complex functionality for simple integration and a superb interface. Store your knowledge with style: Use django models.

WebApp Maker make web apps (Duh). It is open source and make with python and shell.

WebApp Maker make web apps (Duh). It is open source and make with python and shell. This app can take any website and turn it into an app. I highly recommend turning these few websites into webapps: - Krunker.io (Fps Game) - play.fancade.com (Minigame Arcade) - Your Own Website If You Have One Apart from that enjoy my app By 220735540 (a.k.a RP400)

An open source movie recommendation WebApp build by movie buffs and mathematicians that uses cosine similarity on the backend.

HackBMU-5.0-Team-Ctrl-Alt-Elite The search is over. We present to you ‘Health-A- 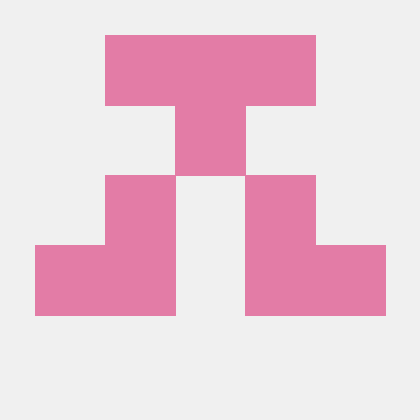 A TCP Chatroom built with python and TCP/IP sockets, consisting of a server and multiple clients which can connect with the server and chat with each other.

A TCP Chatroom built with python and TCP/IP sockets, consisting of a server and multiple clients which can connect with the server and chat with each other. It also provides an Admin role with features including kicking and baning of users.

⚛️ Clonebot - Heroku version ⚡ CloneBot is a telegram bot that allows you to copy folder/team drive to team drives. One of the main advantage of this

Red Team Toolkit is an Open-Source Django Offensive Web-App which is keeping the useful offensive tools used in the red-teaming together.

RedTeam Toolkit Note: Only legal activities should be conducted with this project. Red Team Toolkit is an Open-Source Django Offensive Web-App contain

Chat In Terminal - Chat-App in python

Chat In Terminal Hello all. ?? Sockets and servers are vey important for connection and importantly chatting with others. ?? ?? I have thought of maki