The ABR Control library is a python package for the control and path planning of robotic arms in real or simulated environments.

The ABR Control library is a python package for the control and path planning of robotic arms in real or simulated environments. ABR Control provides API's for the Mujoco, CoppeliaSim (formerly known as VREP), and Pygame simulation environments, and arm configuration files for one, two, and three-joint models, as well as the UR5 and Kinova Jaco 2 arms. Users can also easily extend the package to run with custom arm configurations. ABR Control auto-generates efficient C code for generating the control signals, or uses Mujoco's internal functions to carry out the calculations.

ABR also provides an interface and config available for controlling a real Jaco 2 at the ABR_Jaco2 repository.

The ABR Control library depends on NumPy, SymPy, SciPy, CloudPickle, Cython, SetupTools, Nengo, and Matplotlib. We recommend using Anaconda. Note that installing in a clean environment will require compiling of the dependent libraries, and will take a few minutes.

To install ABR Control, clone this repository and run:

ABR Control is tested to work on Python 3.6+, Python 2 is not supported.

If you would like to use the Mujoco API you will need to install a forked version of mujoco-py with hooks for exitting out of simulations with the ESC key. To use the mujoco API, make sure you are in your anaconda environment and run:

If you would like to use the Pygame API, from your anaconda environment run:

Some of the path planners work through the use of dynamic movement primitives (DMPs). DMPs allow for a stable, generalizable, and easily extensible way of representing complex trajectories. Path planners making use of DMP are appended with 'dmp' in their filename and will require the installation of the pydmps repository. To install, from your Anaconda environment run:

The ABR Control repo is comprised of three parts: 1) arms, 2) controllers, and 3) interfaces.

1a) Arms: Using CoppeliaSim, Pygame, or a real arm

All of the required information about an arm model is kept in that arm's config file. To use the ABR Control library with a new arm, the user must provide the transformation matrices (written using SymPy expressions) from the robot's origin reference frame to each link's centre-of-mass (COM) and joints. These are specified sequentially, e.g. origin -> link0 COM, link0 COM -> joint0, joint0 -> link1 COM, etc. The arm config file and any simulation code is kept in a folder named the same as the arm in the abr_control/arms/ directory.

The ABR Control configuration base class uses the SymPy transform matrices to provide functions that will calculate the transforms, Jacobian, Jacobian derivative, inertia matrices, gravity forces, and centripetal and Coriolis effects for each joint and COM. These can be accessed:

By default, the use_cython parameter is set to True to allow for real-time control by generating optimized Cython code for each of the robot configuration functions. This can take a little bit of time to generate these functions, but they are saved in ~.cache/abr_control/arm_name/saved_functions where they will be loaded from for future runs. Note that a hash is saved for the config, so if any changes are made the functions will be regenerated during the next use. The cython optimization can be turned off on instantiation:

Below are results from running the operational space controller with different controllers with use_cython=True and False.

When using Mujoco the process is a bit different. Mujoco handles the calculation of all the kinematics and dynamics functions, and only requires an xml config be made describing the kinematic chain. The Mujoco API page describes this in detail.

Detailed models can be created by importing 3D modeling stl files and using the mesh object type in the tag. An example of this is the abr_control/arms/jaco2/jaco2.xml. For users building their own models, you may specify the location of the xml with the folder parameter. For more details, please refer to the Mujoco documentation linked above and use the xml files in this repository as examples.

Controllers make use of the robot configuration files to generate control signals that accomplish a given task (for most controllers this is reaching a target). The ABR Control library provides implementations of several primary controllers, including operational space, generalized coordinates (joint) space, sliding, and floating control.

In the path_planners folder there are several path planners that can be used in conjunction with the controllers. There are filters, linear and second order, which can be used to trace a path from the current position to the target without suddenly warping and causing large spikes in generated torque. The inverse kinematics planner takes in a target for the end-effector and returns a joint angle trajectory to follow. An arc path planner is also provided that creates an arcing path which can be useful when the arm has to reach over itself. This can help prevent self-collisions and odd arm configurations.

Each path planner also has the ability to generate a trajectory for end-effector orientation with the path_plannner.generate_orientation_path() function. This uses spherical linear interpolation (SLERP) to generate a set of orientations from a start to a target quaternion. The time profile will match that of the path planner instantiated (ie: a linear path planner will have a linear step in orientation over time, with a constant change in orientation, whereas a second order path planner will have a bell shaped profile with the largest steps occurring during the middle of the movement, with an acceleration and deceleration at the start and end, respectively.) In addition to filters, there is an example path planner using the dynamic movement primitives trajectory generation system.

Finally, there is an implementation of nonlinear adaptive control in the signals folder, as well as examples in Mujoco, PyGame, and CoppeliaSim showing how this class can be used to overcome unexpected forces acting on the arm.

For communications to and from the system under control, an interface API is used. The functions available in each class vary depending on the specific system, but must provide connect, disconnect, send_forces and get_feedback methods.

A control loop using these three files looks like:

NOTE that when using the Mujoco interface it is necessary to instantiate and connect the interface before instantiating the controller. Some parameters only get parsed from the xml once the arm config is linked to the mujoco interface, which happens upon connection.

The ABR Control repo comes with several examples that demonstrate the use of the different interfaces and controllers.

By default all of the PyGame examples run with the three-link MapleSim arm. You can also run the examples using the two-link Python arm by changing the import statement at the top of the example scripts.

To run the Mujoco examples, you will be promted to download any mesh or texture files, if they are used in the xml config, similarly to the CoppeliaSim arm model. Once the download completes the simulation will start. If you are using the forked Mujoco-Py repository (See Optional Installation section) you can exit the simulation with the ESC key and pause with the spacebar.

Framework for Efficient Robotic Manipulation FERM is a framework that enables robots to learn tasks within an hour of real time training.

The goal is to make a low-cost display that's easy to fabricate at home in small/single quantities (e.g. custom materials can be ordered from Ponoko or similar, and other hardware is generally available).

Hotplugger: Real USB Port Passthrough for VFIO/QEMU! Welcome to Hotplugger! This app, as the name might tell you, is a combination of some scripts (py

Hook and simulate global keyboard events on Windows and Linux. 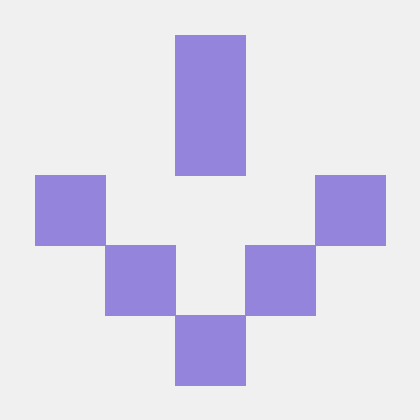 A module for cross-platform control of the mouse and keyboard in python that is simple to install and use.

PyUserInput PyUserInput is a group project so we've moved the project over to a group organization: https://github.com/PyUserInput/PyUserInput . That

Micropython DOS-like OS for RP2040 microcontroller boards. Check out the demo video at https://www.youtube.com/watch?v=Az_oiq8GE4Y To start the OS typ

Clean Dashboard for Pi-Hole Minimal and clean dashboard to visualize some stats of Pi-Hole with an E-Ink display attached to your Raspberry Pi.

micro-displays Micro Displays for Raspberry Pi Why? I'm super bored in lockdown. Add a Raspberry Pi 400 and a few tiny displays... The top half of the

A circle of LEDs

This repository contains all the design files, production files and example code for a simple circular LED display.