ImageKit is a Django app for processing images. Need a thumbnail? A black-and-white version of a user-uploaded image? ImageKit will make them for you. If you need to programatically generate one image from another, you need ImageKit.

ImageKit comes with a bunch of image processors for common tasks like resizing and cropping, but you can also create your own. For an idea of what's possible, check out the Instakit project.

For the complete documentation on the latest stable version of ImageKit, see ImageKit on RTD.

If you've never seen Pillow before, it considers itself a more-frequently updated "friendly" fork of PIL that's compatible with setuptools. As such, it shares the same namespace as PIL does and is a drop-in replacement.

You have one image and you want to do something to it to create another image. But how do you tell ImageKit what to do? By defining an image spec.

An image spec is a type of image generator that generates a new image from a source image.

The easiest way to use define an image spec is by using an ImageSpecField on your model class:

As you can probably tell, ImageSpecFields work a lot like Django's ImageFields. The difference is that they're automatically generated by ImageKit based on the instructions you give. In the example above, the avatar thumbnail is a resized version of the avatar image, saved as a JPEG with a quality of 60.

Sometimes, however, you don't need to keep the original image (the avatar in the above example); when the user uploads an image, you just want to process it and save the result. In those cases, you can use the ProcessedImageField class:

This is pretty similar to our previous example. We don't need to specify a "source" any more since we're not processing another image field, but we do need to pass an "upload_to" argument. This behaves exactly as it does for Django ImageFields.

You might be wondering why we didn't need an "upload_to" argument for our ImageSpecField. The reason is that ProcessedImageFields really are just like ImageFields—they save the file path in the database and you need to run syncdb (or create a migration) when you add one to your model.

ImageSpecFields, on the other hand, are virtual—they add no fields to your database and don't require a database. This is handy for a lot of reasons, but it means that the path to the image file needs to be programmatically constructed based on the source image and the spec.

Defining Specs Outside of Models

Defining specs as models fields is one very convenient way to process images, but it isn't the only way. Sometimes you can't (or don't want to) add fields to your models, and that's okay. You can define image spec classes and use them directly. This can be especially useful for doing image processing in views— particularly when the processing being done depends on user input.

It's probably not surprising that this class is capable of processing an image in the exact same way as our ImageSpecField above. However, unlike with the image spec model field, this class doesn't define what source the spec is acting on, or what should be done with the result; that's up to you:

You don't have to use open! You can use whatever File-like object you want—including a model's ImageField.

The result of calling generate() on an image spec is a file-like object containing our resized image, with which you can do whatever you want. For example, if you wanted to save it to disk:

If you have a model with an ImageSpecField or ProcessedImageField, you can easily use those processed image just as you would a normal image field:

(This is assuming you have a view that's setting a context variable named "profile" to an instance of our Profile model.)

But you can also generate processed image files directly in your template—from any image—without adding anything to your model. In order to do this, you'll first have to define an image generator class (remember, specs are a type of generator) in your app somewhere, just as we did in the last section. You'll also need a way of referring to the generator in your template, so you'll need to register it.

You can register your generator with any id you want, but choose wisely! If you pick something too generic, you could have a conflict with another third-party app you're using. For this reason, it's a good idea to prefix your generator ids with the name of your app. Also, ImageKit recognizes colons as separators when doing pattern matching (e.g. in the generateimages management command), so it's a good idea to use those too!

This code can go in any file you want—but you need to make sure it's loaded! In order to keep things simple, ImageKit will automatically try to load an module named "imagegenerators" in each of your installed apps. So why don't you just save yourself the headache and put your image specs in there?

Now that we've created an image generator class and registered it with ImageKit, we can use it in our templates!

The most generic template tag that ImageKit gives you is called "generateimage". It requires at least one argument: the id of a registered image generator. Additional keyword-style arguments are passed to the registered generator class. As we saw above, image spec constructors expect a source keyword argument, so that's what we need to pass to use our thumbnail spec:

This will output the following HTML:

Not generating HTML image tags? No problem. The tag also functions as an assignment tag, providing access to the underlying file object:

Because it's such a common use case, ImageKit also provides a "thumbnail" template tag:

Like the generateimage tag, the thumbnail tag outputs an <img> tag:

Comparing this syntax to the generateimage tag above, you'll notice a few differences.

Second, we're passing two positional arguments (the dimensions and the source image) as opposed to the keyword arguments we used with the generateimage tag.

Like with the generateimage tag, you can also specify additional HTML attributes for the thumbnail tag, or use it as an assignment tag:

In addition to the model field above, there's also a form field version of the ProcessedImageField class. The functionality is basically the same (it processes an image once and saves the result), but it's used in a form class:

So far, we've only seen one processor: imagekit.processors.ResizeToFill. But ImageKit is capable of far more than just resizing images, and that power comes from its processors.

Processors take a PIL image object, do something to it, and return a new one. A spec can make use of as many processors as you'd like, which will all be run in order.

The imagekit.processors module contains processors for many common image manipulations, like resizing, rotating, and color adjustments. However, if they aren't up to the task, you can create your own. All you have to do is define a class that implements a process() method:

That's all there is to it! To use your fancy new custom processor, just include it in your spec's processors list:

To use specs defined outside of models:

ImageKit has one management command—generateimages—which will generate cache files for all of your registered image generators. You can also pass it a list of generator ids in order to generate images selectively.

Please use the GitHub issue tracker to report bugs with django-imagekit. A mailing list also exists to discuss the project and ask questions, as well as the official #imagekit channel on Freenode.

We love contributions! And you don't have to be an expert with the library—or even Django—to contribute either: ImageKit's processors are standalone classes that are completely separate from the more intimidating internals of Django's ORM. If you've written a processor that you think might be useful to other people, open a pull request so we can take a look!

You can also check out our list of open, contributor-friendly issues for ideas.

Check out our contributing guidelines for more information about pitching in with ImageKit.

Django-RQ Django integration with RQ, a Redis based Python queuing library. Django-RQ is a simple app that allows you to configure your queues in djan

📊📈 Serves up Pandas dataframes via the Django REST Framework for use in client-side (i.e. d3.js) visualizations and offline analysis (e.g. Excel)

Django query profiler - one profiler to rule them all. Shows queries, detects N+1 and gives recommendations on how to resolve them

Django Query Profiler This is a query profiler for Django applications, for helping developers answer the question "My Django code/page/API is slow, H 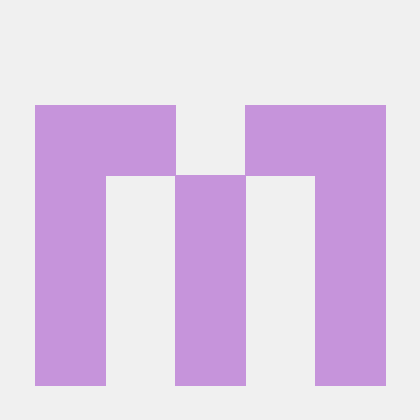 Django-environ django-environ allows you to use Twelve-factor methodology to configure your Django application with environment variables. import envi

Redis cache backend for Django This is a Jazzband project. By contributing you agree to abide by the Contributor Code of Conduct and follow the guidel

A handy tool for generating Django-based backend projects without coding. On the other hand, it is a code generator of the Django framework.

Silk is a live profiling and inspection tool for the Django framework.

Silk is a live profiling and inspection tool for the Django framework. Silk intercepts and stores HTTP requests and database queries before presenting them in a user interface for further inspection:

Django-Audiofield is a simple app that allows Audio files upload, management and conversion to different audio format (mp3, wav & ogg), which also makes it easy to play audio files into your Django application.

django Filer is a file management application for django that makes handling of files and images a breeze.

django Filer is a file management application for django that makes handling of files and images a breeze.

Django Filer django Filer is a file management application for django that makes handling of files and images a breeze. Contributing This is a an open

A Django application that provides country choices for use with forms, flag icons static files, and a country field for models.

Django Countries A Django application that provides country choices for use with forms, flag icons static files, and a country field for models. Insta

ImageKit is a Django app for processing images. Need a thumbnail? A black-and-white version of a user-uploaded image? ImageKit will make them for you.